Powerful beverage corporations, let's call them Big Booze, undertook a campaign to introduce an inoffensive way to consume alcohol and solve gender inequality at the same time. "We need a slimmer can." "We need a lower ABV." "We need fruit. Lots of fruit!" "Bubbly! It's got to be bubbly!" Then the soulless bastards unleashed a new category of drink on us that can only be described as a cross between AM radio static and pomegranate juice. Hard seltzer, they called it.

It's difficult to say exactly when this whole hard seltzer thing got started. Some say as far back as the 1500's in Finland with their honey-fermented sima. Others say you'd have to fast forward all the way to 1993 when Aussie Duncan MacGillivray brewed his first batch of Two Dogs. But for the purposes of explaining the craze that's sweeping bars and pool parties today you can point the finger right squarely at Nick Shields from Westport, Connecticut when he brewed his first batch of SpikedSeltzer in 2013. It was branded with a veneer of health and wellness—gluten free, low carb, and "all natural." Compared to a bag of Cool Ranch Doritos with its 2,000 word ingredient list, maybe it really was all natural. Health conscious consumers grabbed onto it (ignoring that sugar rots your teeth). The Mark Anthony Brewing Group took notice and in 2018 brought out White Claw hard seltzer. White Claw sales exploded and within a year dominated the hard seltzer market. Today it is estimated that White Claw accounts for nearly 50% of all hard seltzer sales, and along with Truly hard seltzer, accounts for 85% of the market.

Beer brewers took notice. They were losing market share to the above-mentioned health conscious consumers (and to people who identify as sober-curious) and Bud Light came out with its own hard seltzer in 2019. Ricardo Marques, vice president of core and value brands at Anheuser-Busch said in a CNN interview "This is not a fad. This is here to stay." The makers of Zima might roll their eyes at that. They briefly resurrected Zima in 2017 hoping to jump on the bandwagon. It flopped and today you can only find Zima in Japan. Maybe Zima was simply unable to shake its reputation as a drink for effeminate weirdos. Under the lead of White Claw, however, hard seltzer is succeeding in branding itself as a drink any bro would be proud to be seen with.

"There ain't no laws when you're drinking Claws." This is an in-your-face to the unwritten law that no self-respecting bro would ever be caught drinking a fruity, bubbly drink. Whereas anybody's photo album of past frat and pool parties show only bottles of beer being clinked together by the male attendees, now they happily snap selfies while hoisting their cans of hard seltzer. This attempt to vaccinate hard seltzer from derision is apparently working. White Claw's annual revenue is estimated around $4 billion, and growing at triple digit rates. If it's a fad, it's enjoying a hell of a long run. 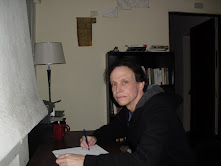 Hugh Blanton is the author of A Home to Crouch In. He has appeared in Dear Booze, The American Journal of Poetry, As It Ought To Be, and other places. He can be reached on Twitter @HughBlanton5