Anaheim Part I, An Absolut Wreck

Last week, I had to travel from Central California to Southern California for a week-long conference. Generally, I enjoy traveling to different places. I always take the opportunity to discover new bars where I can seek out or create my own adventure. But I hate the traveling part of traveling. I hate driving. I guess I hate the hassle of getting to my destination. I just think it’s a pain in the ass. That’s why I usually don’t leave until late at night when there is the least possible number of cars on the road.

At about 10:00 P.M., I pointed my car south on State Route 99 and started driving into the inkie black darkness.

Once I got on the road, I quickly realized that traffic wasn’t too bad at all. As a matter of fact, there were fewer cars on Highway 99 than I’ve seen in a long time. Fantastic. I was making great time with a minimal amount of the stress that I usually associate with travel. 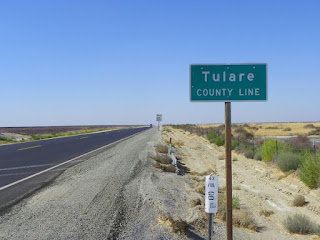 About an hour south of Fresno is the vast, open agricultural area of Tulare (too-Larry), California. During the daylight hours, you can look in any direction and see nothing but fields of cotton, grapes, peaches, almonds, pistachios, citrus fruit, melons, peppers, and anything else that people eat. There are enormous dairy farms with thousands of cows and impressive facilities where someone is in charge of processing millions of gallons of milk. This is “the bread basket of the world”. But at night you can’t see any of this stuff. You can only smell the odor from the cows, the smell of sulfur, and the faint scent of fertilizer.

It was in this area that the freeway traffic really thinned out. Mine was the only vehicle in a mile of any direction. I was driving and smiling as I turned up the radio and started singing along with Simon and Garfunkle.

“…Asking only workman's wages I come looking for a job, but I get no offers, just a come-on from the whores on Seventh Avenue I do declare, there were times when I was so…Wait.what the fuck was that?”

There was a strange flash of lights up ahead. I couldn’t make out exactly what it was but it looked like someone with a handful of those flashlights that movie theater ushers use - the kind with the red cones on the end – was spinning around in a circle. But it only lasted for about two or three seconds. And then it was gone. Did I really see that? Was that real? Maybe it was just some kind of reflection off of some piece a chromed big rig trailer. But where did it go?

I started to reduce my speed and kept my eyes focused on the area where I thought this light had come from. But I couldn’t see anything at all. Slower and slower, I crept up on the area. Other vehicles were passing me and a few of them honked their horns as the passed me. Yes, I was the asshole driving too slow. Then I saw it. There was a car sitting in a shallow ditch to the right of the road. It appeared to be wedged between several eucalyptus trees that grow wild in that area. A fog of steam from its punctured radiator, the still lit headlights and the red taillights created an eerie light show at the bottom of the wooded gully. Oh shit. I drove cautiously, looking for a safe place to pull off the road and finally stopped about 30 or 40 yards beyond the wrecked car.

It was pitch dark and the winter weeds were thick and tall. Walking without falling down was almost impossible, but the wrecked car’s headlights helped me navigate through the woods and to the vehicle. It was a gold Honda Accord that looked to be about ten years old and, considering the position of the car, it didn’t appear to be too badly damaged. Apparently, it had spun out on the road and drifted into the ditch, coming to rest against two huge trees – one at the front of the car and one on the driver’s side door.

Looking through the passenger side window, I discovered a lone man sitting in driver’s seat with blood rushing down his face and onto a formerly white tee-shirt. I tried to open the door but it was jammed. The front right fender was pushed back and prevented the door from opening. So I braced my foot against the rear quarter panel and really put my weight into it. I pulled and pulled until the door finally cooperated and opened.

The dome light turned on and I saw that the airbag had deployed and was now completely deflated and hanging from the steering wheel and resting in the man’s lap. I assumed that the airbag must have broken his nose and that’s where the blood was coming from. He was out cold and for a moment I was worried that he was dead. Then, he turned and looked at me. “What happened?” he asked. Shit. He was out of it. The inside of the car had a weird mixture of smells. There was a powdery smell that came from whatever it is that makes airbags pop open, the smell of the radiator steam, and the smell of… oh, I get it. The smell of booze. This guy was hammered!

He was pretty chatty and fairly coherent and kept asking me to help him get out of the car. But his left arm was wedged between his torso and the driver’s side door. To make matters worse, the seatbelt buckle was wedged between his seat and the center console. He was stuck, and there wasn’t much I could do. From the time I saw the lights in the distance to this moment, only about two minutes had passed. Everything was happening fast and I realized that I hadn’t even thought about calling for help. 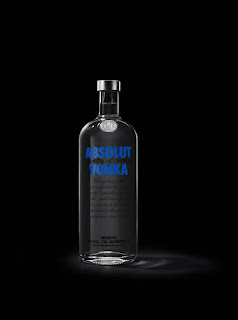 In the back seat I saw a child’s car seat and on the floor of the passenger seat, there was a whole bunch of empty Budweiser bottles, a half-full bottle of Herradura Silver and an unopened handle of Absolut. The way I saw it, this guy was fucked. Clearly, he’s got a child at home, and clearly, he’s drunk. His car is mangled and he has a long night ahead of him. He’s probably going to be cut out of the car and taken directly to a hospital and then directly to jail.

I dialed 911 on my cell and started telling the dispatcher about what was going on, only to realize that I had no clue where we were. She instructed me to turn on the emergency flashers in my car and to stand by. Help was on the way.

The man was still pleading with me to get him out of the car. I guess he was undrunk enough to realized how fucked his situation really was. I felt bad for him and I guess that’s why I did what I did next…

I grabbed every one of the empty bottles and threw them as far as I could to the west, over a short fence and into some sort of open field. I then picked up the bottle of tequila and hesitated. Jesus, I thought to myself, what a waste. But I opened it and poured the contents into the weeds and tossed it in the same direction as the other bottles. But when I grabbed the unopened handle of Absolut, I stopped. I just couldn’t do it. Instead, I carried it back to my car and set it on the floor of the back seat. “This will come in handy later,” I said to myself as I turned on my emergency flashers.

Within a few minutes, the place was swarming with California Highway Patrol cars, a fire engine, some other smaller fire truck, a tow truck, and an ambulance. In all, there were about 20 emergency service personnel working on getting this guy out of his car and getting the car out of the ditch. I stood about half way between my car and the Honda and watched the action.

After about 15 minutes, I walked up to one of the Highway Patrol officers and asked him if it was okay for me to leave. “Not yet,” he said, “we’re going to need to get a statement from you.”

At that moment, one of the firemen approached us. “Was there anyone else in the car?” he asked.

“Were there any doors or windows open on the car?”

“No. Well maybe the driver’s side window. I don’t think I noticed. Why?”

The fireman explained that as they were working on extracting the man from the Accord, he started talking about his child. Now they were concerned that a young kid had been thrown from the car during the accident.

The CHP Officer turned and started talking to some of the other workers and then turned back to me. “We don’t think there was a kid in the car,” he said, “but this knucklehead is babbling about his baby. So we need to start looking until we can prove the kid is okay.”

Within about thirty seconds, all of the workers were walking through the weeds looking for a child that wasn’t there. They even handed me a flashlight and asked me to help. I was looking between the trees just south of the Honda as I noticed two of the cops walking west from the car, dragging their feet through the weeds and shining their lights back and forth. They both stopped at the same time and focused their flashlight beams on the same thing. But it wasn’t the child that they found. Instead, it was a small pile of booze bottles. The two cops looked at each other and then one of them shined his light in my face and asked “Do you know the guy in the car?”

“Nope, I’ve never seen him before tonight,” I answered.

He shrugged and went back to the useless task of looking for a baby. 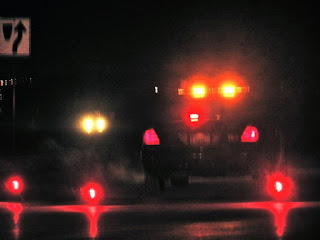 Eventually, they decided that it was okay to stop looking for the child and the CHP officer came over to me and told me that I could leave, but he wanted to get my contact information in case they had any more questions in the future. I gave him my phone number and then he walked me back to my car. At the time, I thought it was pretty nice of him because it was dark, the terrain was terrible and he had a nice flashlight. Mighty nice of him indeed.

But as I opened the door to my car, he peered inside and saw the bottle of Absolut sitting on the floor board. He looked at it, then at me, then back at the bottle and asked “Are you sure you don’t know that guy?”

“Nope. Never met him before.”