The long dead Irish writers. Their larger than life, smoke

darkened faces, stared down at her as she poured drinks. Pulled

Her mother hoped for her to be a doctor. A nurse. A secure life

married to a higher purpose. It was a debate whether it worked out.

Arguments to be made on either side.

An Irishman with eyes that caught every available light. Marriage.

with the best of them. These brilliant, ruined storytellers.

Her story was not important. She wanted to record stories heard in

the bar’s muted light. Commit them to memory, and the red notebook

she kept near the register.

The Tribune’s obit man wrote at the bar. Late afternoons before it

got crowded. Built histories of lives public and private. Imagined

He was polite to her. Almost old fashioned in his way. I wonder, he said.

I wonder if this Irish lass ever experienced love. Had a suiter. This

Mary Catherine. A lovely name, yes? He looked around the room. A

fitting name. She poured another Guinness and set it before him. He looked

down at his watch. And a bit of Jamison’s. For the road, as they say.

She brought the bottle and poured. Join me? he asked.

She poured another. To Mary Catherine, then. They touched

glass to glass. To stories untold, he said. Cheers, she told him.

She emptied her glass. Another? she asked. 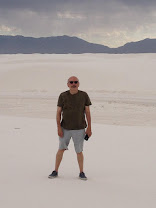 Philip Dean Brown has had short fiction published in Voices West, Farmer’s Market, and Strong Coffee, The Blue Bib and Switchblade.  His story Helpless won a PEN Syndicated Fiction award. The story was selected by Mona Simpson. A story of his won 3rd prize in Typehouse’s open fiction contest. He has published poems in Subterranean Blue Poetry, New Reader, The Mojave Review, Sin Fronteras and The Global Poemic Project. A haiku of his was chosen by the Old Pueblo Poems competition and was on display in downtown Tucson.