Ghost from an Old Haunt

the old boozehound would always come at 11am;

never a minute too early or late.

Jim, the bartender, would get him his draft beer and

I’d greet him with a half-hearted raise of my bourbon.

for two years, we were the only two morning occupants of the bar,

we had hardly ever talked.

the old boozehound would drink 15-16 beers,

then leave at 5pm.

by that time, more had flocked the place

and no one even said goodbye to the old timer.

by 5pm, college students came in for a cheap beer,

signaling the beginning of the hunt.

the mornings were reserved for bourbon, and a few beers,

to eviscerate all the harrowing thoughts and memories

of dead love, of a life that could have been.

until one morning, as I nursed my second bourbon,

half an hour later, both Jim and I exchanged a brief worried look.

then, we went back to our routines, thinking he’s sick

he never showed up again; he had died peacefully in his sleep,

leaving behind a wife, and three kids, a great big mansion in the suburbs,

the man who seemingly had it all

was one of us; one of the barflies drinking his days away.

a silent, half-hearted hoist of the glass

to the skies, to the man whose name I never learned. 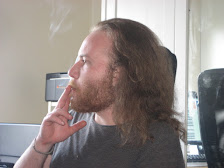 George Gad Economou holds a Master’s degree in Philosophy of Science and resides in Athens, Greece, doing freelance work whenever he can while searching for a new place to go. His novella, Letters to S., was published in Storylandia Issue 30 and his short stories and poems have appeared in literary magazines, such as Adelaide Literary Magazine, The Chamber Magazine, The Edge of Humanity Magazine, and Modern Drunkard Magazine. His first poetry collection, Bourbon Bottles and Broken Beds, was published by Adelaide Books in 2021.