You Gotta Know When to Hold ‘Em

I knew his most famous songs, but I loved Kenny Rogers for his delicious roasted chicken restaurants. Still, when a friend offered me a free ticket to accompany her to his concert, I didn’t hesitate. She took care of our dinner drinks, two full bottles of wine, so when we arrived early at the venue, I took out my wallet as we spotted the bar.

Kenny was playing at the Las Vegas Hilton, the bar we stumbled upon was known as Quark's bar. "Quark" was a character from Star Trek: Deep Space Nine. The Star Trek experience was an interactive themed attraction, and the bar was a part of it. We each ordered two large booze-filled themed drinks in take-home souvenir glasses.

I’m a lightweight drinker, and if you’re keeping track, I’ve now had a bottle of wine to myself and two mixed drinks. With liquid courage, I shimmied up to a security guard once the venue doors opened.

“What does a girl gotta do to get front row seats?” I smiled.

To my surprise, he told us to find him once the lights went down.

We were in our nosebleed seats as the lights dimmed. It was dark, and the aisle was narrow. I stepped on countless toes while whispering, “sorry,” as I tried to exit my row gracefully. I then fell into the silhouetted lap of an older woman.

I started to laugh so hard that my stomach hurt, and I could not muster up the core strength to immediately remove myself from her lap. Then it happened. A series of bubbly farts. On this horrified stranger. She had to have at least felt them.

I finally stood up and fell out of the aisle. While trying as hard as possible to regain my composure, I told my friend what had occurred. Our security guard was nearby and whisked us away to the third row just as Kenny took the stage. Thank God because I never wanted to see that poor lady again.

Even though my head was spinning, I noticed that my friend and I were the youngest people there. At a concert, you often stand up and sing along. But not at this Kenny Rogers concert. My friend would later tell me that a few people complained to her about the cost of their tickets and asked us to sit down. Kenny didn’t seem to mind. He winked, pointed, and smiled at us a few times.

At some point, the beginning notes to “Lady” started. I yelled, “I’m gonna do it!”

“You totally should!” My friend hollered back.

I lifted my blouse and bra, held my breasts in my hands for a second, then flashed Kenny Rogers with all God had given me. There was Kenny’s wink and smile again! The rest of the concert was a blur. The next thing I remembered was my friend holding my hair back as I started hurling into some toilet at the Las Vegas Hilton. 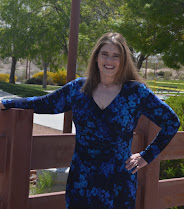 Cher Finver is a writer, mother and wife living in Las Vegas, Nevada. She’s the author of the 2017 memoir, But You Look So Good and Other Lies, and several other published works of fiction, non-fiction, and poetry. Cher enjoys jigsaw puzzles, her water fitness classes, and lunch at the Olive Garden. She was diagnosed with MS in 2000 but is often told she “looks good,” which is an excellent time to remind everyone that not all disabilities are visible.