Love at the Wreck

Howard loves at the Wreck
A forty pound clear-plastic bag of pasty-white lard
Near-to-bursting
Propped between him and the mahogany bar rail:
His belly, I realize
Belt buckled a notch or two
(too loose)
From its impotent, leathery tip
A fuzzy mound revealed:
Sluggish black bellybutton hair
(it’s an outie)
Howard
Trying hard
To rise to the occasion
Ready to go! he announces to no one in particular
Or as ready as he’ll ever be tonight
The mound at his grinning pant line
More like an imperfect hairy rectangle
Now that I think about it
And I’m thinking about it
Can’t help but think about it, God help me
A black forest poking out in all directions
And going
(down)
in only one direction
(down)
Bulbous, heavy sweat-balls atop each bent hair
Howard’s organic version of Christmas tree stars
Greasy ornaments that guide my eyes
(down)
Toward Howard’s Hotdog Paradise
The zipper-grin coming apart
At the seams
Like me, staring now, wide-eyed
Because Howard shifted his bodyweight - I hear the barstool shriek
(too loose)
(too revealing)
(oh my God)
The only thing to do: Look away! Look away! Look away!
But, no, it’s impossible. It’s too late
He’s the accident I can’t turn away from - he
Orders another Coors Light
Gets the bartender’s attention with
Happy, dancing fingers - 10 fat ballerinas, but nimble, so nimble!
Then palms his massive, sweaty head
Elbow colliding with the bar
Catching itself
At the last second - the drunk driver
That somehow made the corner
I watch his biceps jerk and flop like a dying fish
Thinking it would rather be filleted on the coppertop
Than struggle to balance his heavy, unsteady head
Someone shouts, It can’t taste that good!
Howard splatter-laughing back
Don’t matter
Can’t see straight anyway!
And then, a sudden leering
To his left through narrowed eyelids
He introduces himself, a wobbling well hello there little lady
To Chris
Who Ladylike
Raises a skeletal wrist with drooping hand attached
Makes me think of an old pub sign
I saw in Cumbria, England
One side come loose from its mooring
Uncared for, left half-hanging
A sagging wooden flag on a windless day: The Drunken Duck
Dead cigarette clenched in a hot-red smear
Made of mud
Unfocused
Eyes above the edge of her glass
On Howard now
She thinks, squinting, hard
Head wobbling
Like Howard’s introduction
It produces a smudged smile
Seen through cold fingerprinted pint glass
Howard’s heavy hand causing her to
Tense up and gulp
Her Budweiser at the same time
I can’t see straight neither! she snorts
Into her beer
My neighboring forearm drenched in
Chris-Budweiser-Spit
A laughing, foamy ejaculate, toothless
Showering me
Soaking me
Wetting me
With her Midnight Promise To Howard Tonight
Their Happy Hour long gone weekend
Going nowhere
Fast
Howard and Chris
And love at the Wreck
* * * * *
I scribble down their conversation
A thief
A liar
A poet
A drunk
Alone
Certain I’m superior
Knowing I’m not 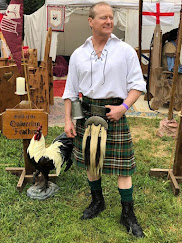 Born and raised in Canada, Heath Houseman started writing plays in the second grade. That morphed into short stories, novels, screenplays and you get the idea. While studying theatre in college, he stumbled upon the poetry of Stan Rice and fell in love with the possibilities. He’s been writing poetry ever since. He's a produced and published playwright, screenwriter, and freelancer. Drank Guinness from the Fountainhead in Dublin, a religious experience that saved his life. Check out his work at: www.heathhouseman.com.